The FLHF Distinguished Service Award is the most prestigious honor awarded by the Flying Leatherneck Historical Foundation.

CRITERIA: The recipient must be an American citizen who has shown and/or demonstrated extraordinary qualities of leadership, integrity, service, philanthropy and patriotism. The recipient must have made unusual and lasting contributions to our American heritage by truly giving of himself/herself to his/her community, state, country and fellow man.

ELIGIBLE RECIPIENTS: Any American citizen deemed worthy of recognition by the Board of Directors of the FLHF. Nominees do not need to be a military veteran or to be associated with the Foundation in any way.

FREQUENCY OF AWARD: There is no requirement to present the award on an annual basis. Rather, the award is to be given on the basis of merit only. When possible, the award will be bestowed on the recipient at the Foundation’s annual Gala.

SPECIFICS OF AWARD: There should be a permanent display in the Museum display area to ensure maximum exposure. That display should list the names of past recipients and indicate the year awarded. A photograph of the most recent recipient and a copy of his or her citation should also be on display. 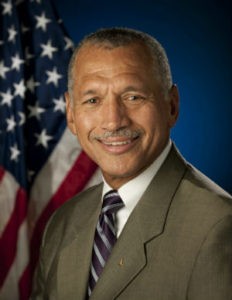 General Bolden’s accomplishments and service to our nation represent the very best of the American experience. In a career spanning nearly 50 years, General Bolden distinguished himself as a Marine Corps pilot, an astronaut, a small business entrepreneur, and as the Administrator of NASA.
During his 34-year Marine Corps career, General Bolden flew over 100 combat missions in Southeast Asia. He also served at a test pilot for several years prior to being selected as an NASA astronaut in 1980. General Bolden traveled in space four times aboard the space shuttle between 1986 and 1994. He served as the pilot on two shuttle missions and was the Commander on two other missions. He was inducted into the U.S. Astronaut Hall of Fame in 2006.
After leaving the NASA astronaut office, General Bolden returned to active duty in the Marine Corps. He held senior leadership roles in several command assignments. He was promoted to the rank of Major General in July 1998, and named Deputy Commander of U.S. forces in Japan.
General Bolden retired from the Marine Corps in 2003 after serving two years as the Commanding General of the Third Marine Aircraft Wing at MCAS Miramar. His military decorations include the Defense Superior Service Medal, the Distinguished Flying Cross and the Legion of Merit.
General Bolden was named the 12th Administrator of NASA in 2009, and served in that role until January 2017. As Administrator, he directed NASA’s transition from the shuttle program to its new focus on the full utilization of the International Space Station and on space and aeronautics technology development.
A passionate advocate for science and technology education, General Bolden believes space exploration is one of the most important tools to improve the course of humanity. He stated, “I believe these tools will bring about the better future we deserve. A more peaceful future, and a more prosperous future.”
Major General Charles F. Bolden, Jr.; Marine, Astronaut, Leader & Patriot.

PAST RECIPIENTS OF THE DISTINGUISHED SERVICE AWARD: 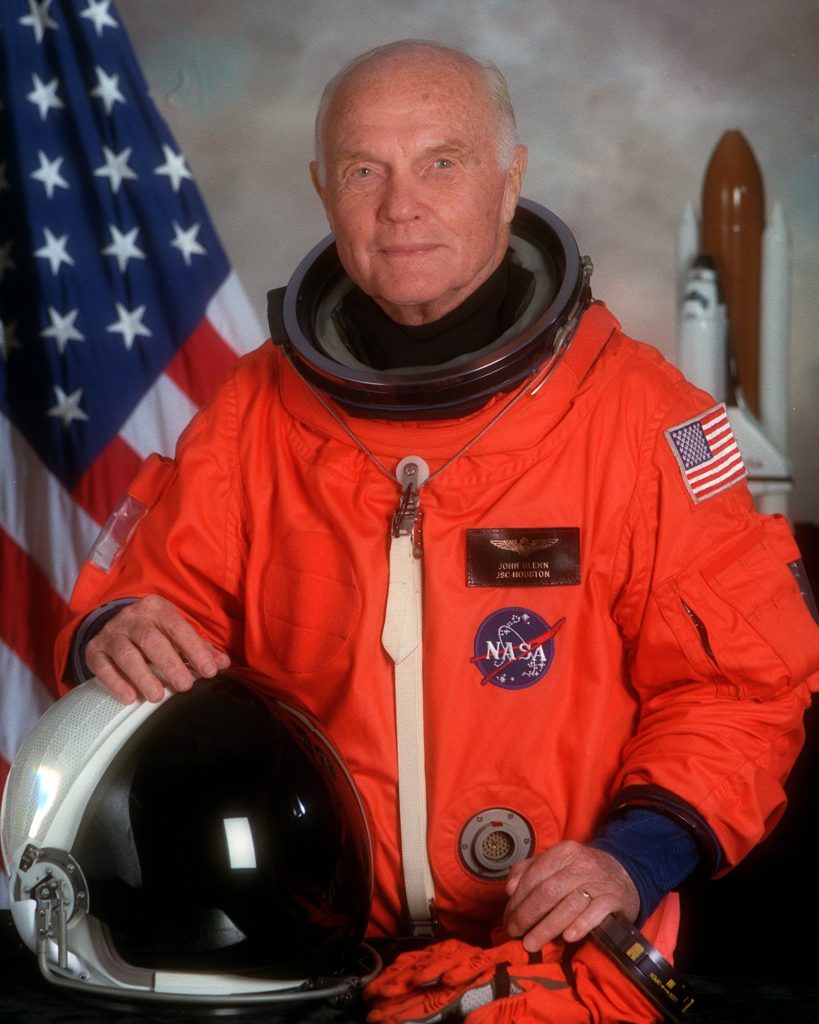 John Glenn was an American hero. In his seven decades of service to our country, he distinguished himself as a Marine Corps fighter pilot, NASA astronaut, United States Senator and educator.

John Glenn flew a total of 122 combat missions. He was awarded the Distinguished Flying Cross six times, and received 18 Air Medals for his service during World War II and Korea. In addition, he was the recipient of Naval Astronaut Wings, the Marine Corps Astronaut Medal, the NASA Distinguished Service Medal, the Congressional Space Medal of Honor and numerous other decorations, awards and citations.

After Korea, John Glenn became a test pilot. In 1957, he set a speed record when he flew from Los Angeles to New York in less than 3.5 hours. In 1959, NASA selected him for the first group of American astronauts, known as the “Mercury Seven.” In 1962, John Glenn became the first American to orbit Earth in a spacecraft named Friendship-7. He spent nearly five hours in space and returned home a national hero.

John Glenn was elected to the US Senate in 1974, and served the citizens of Ohio for 25 years. After retirement, he lectured at Ohio State University.

John Glenn returned to space in 1998 on the space shuttle Discovery. At 77 years old, he was the oldest person to ever fly in space. John Glenn spent nine days in space and again returned home a national hero.

John Herschel Glenn, Jr. exemplified the American dream. His story is an American story. First and foremost, he was a Marine. He was also a devoted family man, respected public servant and passionate advocate for the American people. His life and legacy remain an inspiration to all. He will be remembered as a great Patriot who served our nation with honor and commitment.