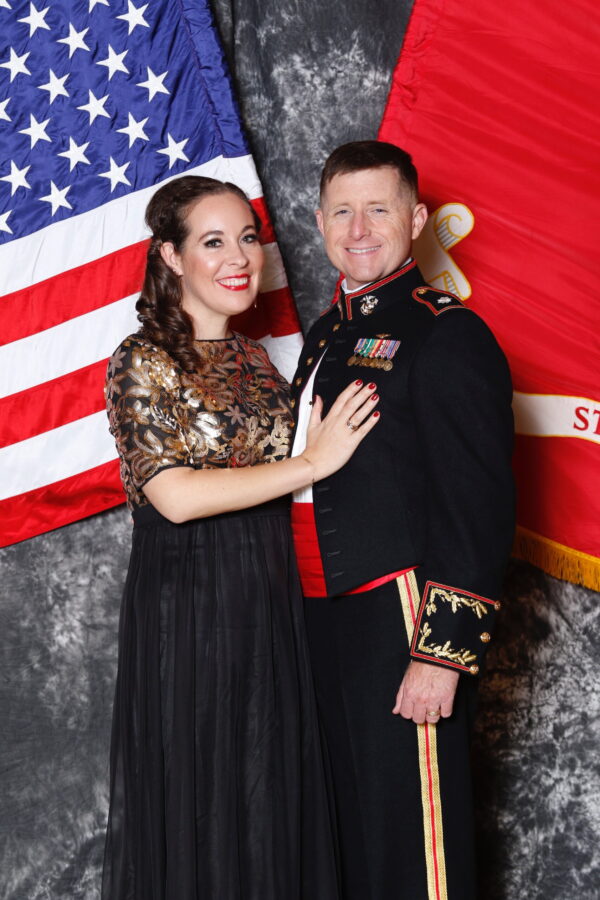 Award honors and highlights the resiliency, strength, and dedication that a United States Marine Corps wife embodies as she supports our military men and women, families and communities.

Nominations for the 2023 award will be accepted starting in January, 2023.

Lauren Huff, 2016 awardee and chairwoman of the all-female committee selecting the 2020 awardee, was interviewed on KUSI on January 30, 2020.  Click here to watch the KUSI clip about the recognition award. 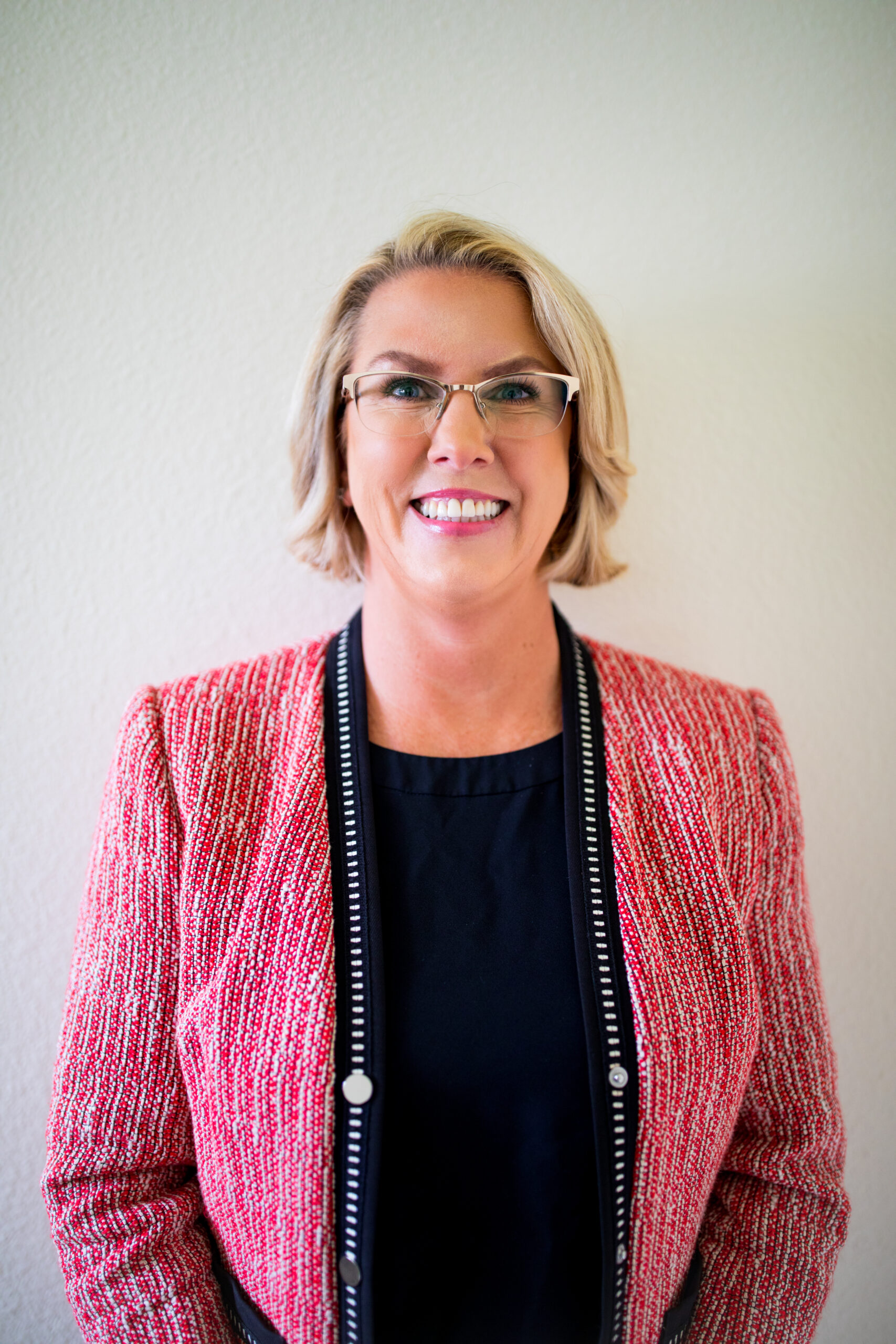 Congratulations To Our Current and Past Award Recipients

*Click on the awardees' names to see why they stand out

To honor and highlight the resiliency, strength, and dedication that a United States Marine Corps wife embodies as she supports our military men and women, families and communities.

The award recognizes the wife of an active duty Marine whose husband serves in a unit having a home base located in the USMC Southwest Region of the United States.

A cash award and other gifts will be given annually to a single recipient.  The award is typically presented in a ceremony in front of friends and family.

In the past, little recognition was given to the trials and tribulations of the service wife who made it possible for her husband to pursue his service career for the benefit of our nation.  In the last decade, the stress and strain on the family has perhaps been greater than ever before. The Flying Leatherneck Historical Foundation strongly believes community support and public awareness of the service and sacrifice of the military wife and family is important.

The spirit of this award is captured in the words of Major Glenn Ferguson below: 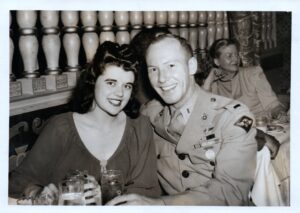 “My wife’s passing gave me pause to reflect on the nearly six and a half wonderful decades we shared together.  In doing so, I realized that in all the museums I had visited, all the parks I had walked through, and all the buildings I had been in, none included a tribute honoring the life of commitment and sacrifice made by service wives in support of their husbands.  Their men frequently left for distant lands where they usually lead busy lives; sometimes in exciting or dangerous times. Many were awarded medals and received accolades from their fellow servicemen.  Their feats were often extolled in the newspapers and magazines.  Unsung were the wives left behind.  These steadfast women nurtured and educated their children, cared for them in times of sickness, and soothed their fears when daddy was gone.  There are no medals or monuments to attest to their trials, tribulations, and victories.”

Nominations are accepted beginning in January of each year and the awardee is announced in the spring.  Deadlines for submission of nominations will be announced with the opening of the nomination period.

The Irene Ferguson Marine Wife Recognition Award will be presented to a Marine wife whose husband is currently on active duty and serving in a unit whose home base is located in the Southwest Region of the United States.

Applications will be accepted and reviewed by the Award Committee appointed by the Flying Leatherneck Historical Foundation.

Nominations may be submitted by supporting agencies, friends, family members, neighbors and work associates  but may not be submitted by a nominee’s husband, his commanding officer or by the nominee herself.

Q. How is the awardee chosen?
A. The awardee is chosen by a panel of Marine wives, past awardees and a granddaughter of Irene Ferguson. Panelists need a complete and well-written application with examples that illustrate how the nominee supports her family, community and/or the country with the resiliency, strength and dedication that characterize U.S. Marine Corps wives.

Q. Who can nominate a Marine Wife for this honor?
A. With few exceptions, we welcome nominations from friends, family members, neighbors, associates and staff from supporting agencies. To ensure a fair judging process, self-nominations or nominations from a nominee’s husband or his commanding officer will not be accepted.

Q. Can a husband nominate his wife?
A. No

Q  If the woman I nominated previously was not chosen as the awardee, can I submit an application on her behalf again?
A: Absolutely! As long as she fulfills the qualifications, the panel would be thrilled to consider her nomination.

Q. Who should be named as a second recommendation?
A. You may list another Marine wife, Marine friend, Family Readiness Officer, civilian friend – someone who knows the wife well and can support the nomination if it comes down to a tie breaker.

Q. The Marine wife’s husband is deployed. Can I still nominate her?
A. Yes. If the husband’s unit is from the Southwest Region, but is deployed elsewhere, the wife is eligible.

Q. What comprises the Southwest Region?
A. If a unit belongs to the 3d Marine Aircraft Wing or Marine Corps Installations West, they are eligible.

Q. How do I nominate a Marine Wife for the award?
A. Nominations should be submitted using the link below to access the online form. Please do not submit photos.

Q. When do nominations open and when will the awardee be announced?
A.  Nominations are accepted beginning in January of each year. The awardee will be publicly announced in May.

Q. Do you have any additional tips for submitting a nomination?
A. A well-written nomination with specific examples will help the committee understand why your nominee is so outstanding. We recommend that you compose the narrative response (750 word maximum) for the application in a word processor such as MS Word and then cut and paste your response into the online application. This will allow you to do a word count and spell check on your response prior to filling out the online application and keep you from losing your work in case you are disconnected from the Internet.