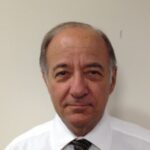 Mr. Ress received his Bachelor of Arts in Government and International Relations from New York University in 1965, and a Doctor of Laws from Cornell University in 1968. He completed his military service as the senior Naval Reserve Judge Advocate in Europe and retired with the rank of Captain in 2005 with numerous awards.