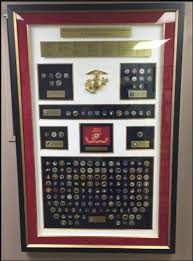 Click to Watch and Listen: See the video from Hometown Heroes Link will open and go to Hometown Heros in a new tab.

Hometown Heroes: These are the planes you flew?

General Butcher: Yes, the Air Force Skyhawk is really kind of special for me because it’s the first airplane I flew out of the training command in 1960, and I was lucky to be able to fly it for 31 years. The last A4 that I flew was of course a two seater down at Barber’s Point in Hawaii. But in the interim, I got to fly just about every model of the A4 ever made, starting with the A4 C but then I went back and flew with the Reserves, got to fly the A4 D1, which was the A4 A, and almost everything in between. I never got to fly the Israeli version, but all of the American versions I got to fly.

Hometown Heroes: What’s unique about this painting of these A4s in action?

General Butcher: R.G. Smith is a famous aviation artist, and R.G. has done something really special with this one because it doesn’t matter where you stand in this room, the A4s are flying straight at you, directly toward you.

General Butcher: I don’t know how that’s possible. I knew R.G. Smith. NASA flight logos Flying Leathernecks San DiegoHe’s passed away now, but had I seen this before he passed away, I would surely have asked him because it really is special.

Hometown Heroes: Well, they do have a lot of special things all over this museum and we’ve seen a few of them, but there’s also a little bit of space history around the corner here.

General Butcher: Yes, there is. We have what I think is really very, very special. They managed to save the logos of every flight that NASA ever flew. One of my good friends was the number two guy at NASA, the United Space Alliance, which was a conglomerate that put together all of the different contractors at NASA under one hat. He had this made for us. It’s really special because it shows not only every flight that NASA ever flew, but it also shows every flight a Marine was on — with the gold logos behind.

There are fully 25 percent of the flights ever known by NASA had at least one Marine on them, including John Glenn who was the first Marine to fly in space, and Charlie Bolden, who became the NASA Administrator after his retirement from NASA. Charlie was also the Commanding General of the Aircraft Wing here at Miramar, and I got to know Charlie pretty well. He’s a good friend. He flew four different flights with NASA, including one with the Soviets.