AV-8 Harrier and an Update on the Museum 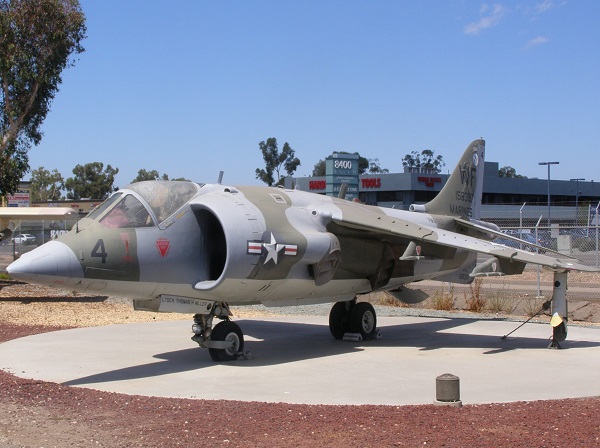 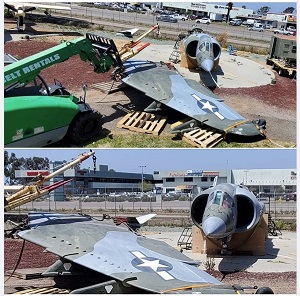 In today’s podcast we respond to social media posts of photos showing the dismantling of the museum’s AV-8 Harrier and share some fun facts about the Harrier as well as some very positive developments with the Foundation’s efforts to save the Flying Leatherneck Aviation Museum.

The Harrier on display was on loan from the National Naval Aviation Museum and the Navy has decided to send that aircraft on rotation to another museum in Fort Worth, Texas. This is a routine transfer and the Harrier is being prepared for transfer with all due care and respect. We are grateful that we were able to share the Harrier with our visitors for so many years.

Many civilians first saw a jet hover in the popular 1994 movie “True Lies”, the classic Arnold Schwarzenegger action-comedy film, when Arnold was shown flying an AV-8B Harrier to rescue his daughter from terrorists. The Harrier’s ability to take off vertically made it one of the most maneuverable combat aircraft in service for many decades.

There have recently been some very positive developments in your Foundation’s efforts to save the Flying Leatherneck Aviation Museum and its collection. For the next several months we have been assured that none of the 39 aircraft owned by Quantico will be moved while the Foundation continues its efforts to relocate the museum. Thank you for sharing your testimonials with us and with your elected representatives. The public support has made all the difference. We will continue to update you on our progress through this podcast, the website and in social media.