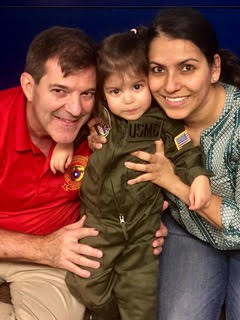 David was encouraged to “learn at least one story about every plane in the Flying Leatherneck Aviation Museum’s collection” so he started his learning process by interviewing fellow volunteers.  He was told about the helicopter with bullet holes patched with beer cans, an A-4 pierced with bullets from its own cannon and rotor blades used to pin down enemy soldiers.

Although David was motivated to volunteer as a way to give back to the Marines who had defended the country, his volunteer stint has given him back much more than he ever could have expected.

You can listen to David’s story in the podcast by clicking below.