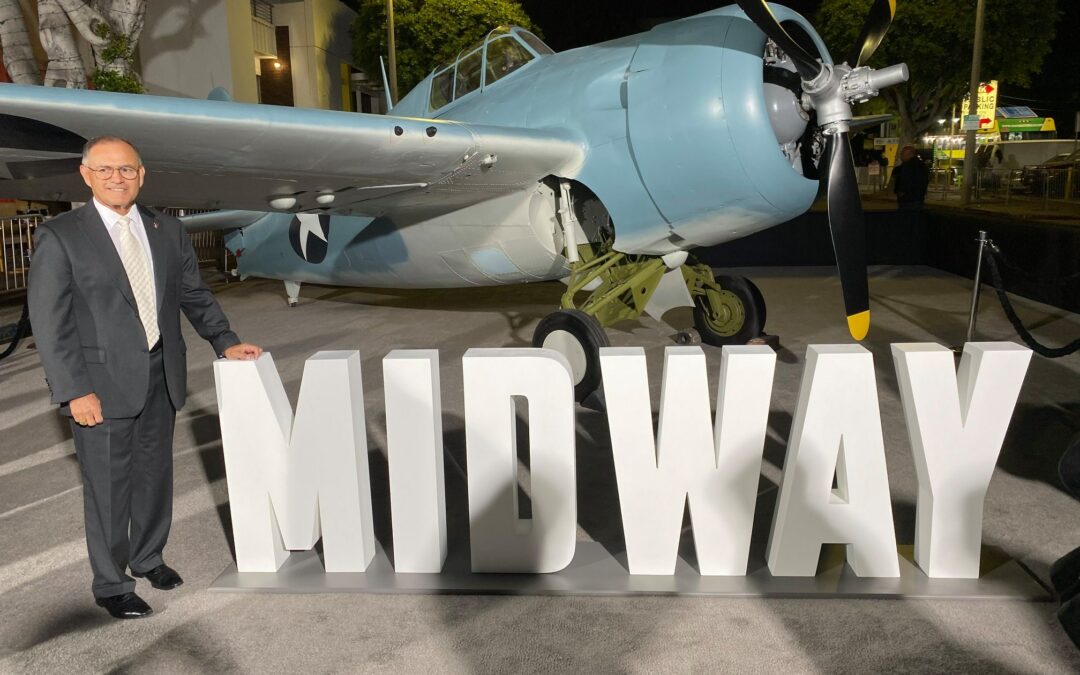 The  F4F Wildcat in the collection of the Flying Leatherneck Aviation Museum traveled up the freeway to Hollywood! The aircraft was the star of the red carpet premiere of “Midway” on November 5th, 2019, at the Regency Village Theatre. 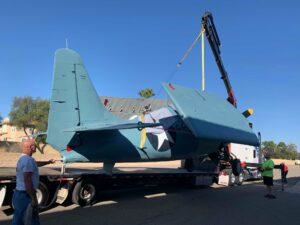 Released Nov. 8th, Veteran’s Day weekend,  “Midway” focuses on the Battle of Midway, a clash between the American fleet and the Imperial Japanese Navy. which marked a pivotal turning point in the Pacific Theater during WWII. The film, based on the real-life events of this heroic feat, tells the story of the leaders and soldiers who used their instincts, fortitude and bravery to overcome the odds.

The Grumman F4F Wildcat is a carrier-based fighter aircraft that began service in 1940 in both the USA Navy and British Royal Navy (initially known as  the Martlet)
By 1942 every American Navy fighter squadron flew the F4F. The aircraft played a key role in halting the Japanese. Its heavy armament, solid build and skilled pilots were an advantage over the nimbler Zero.