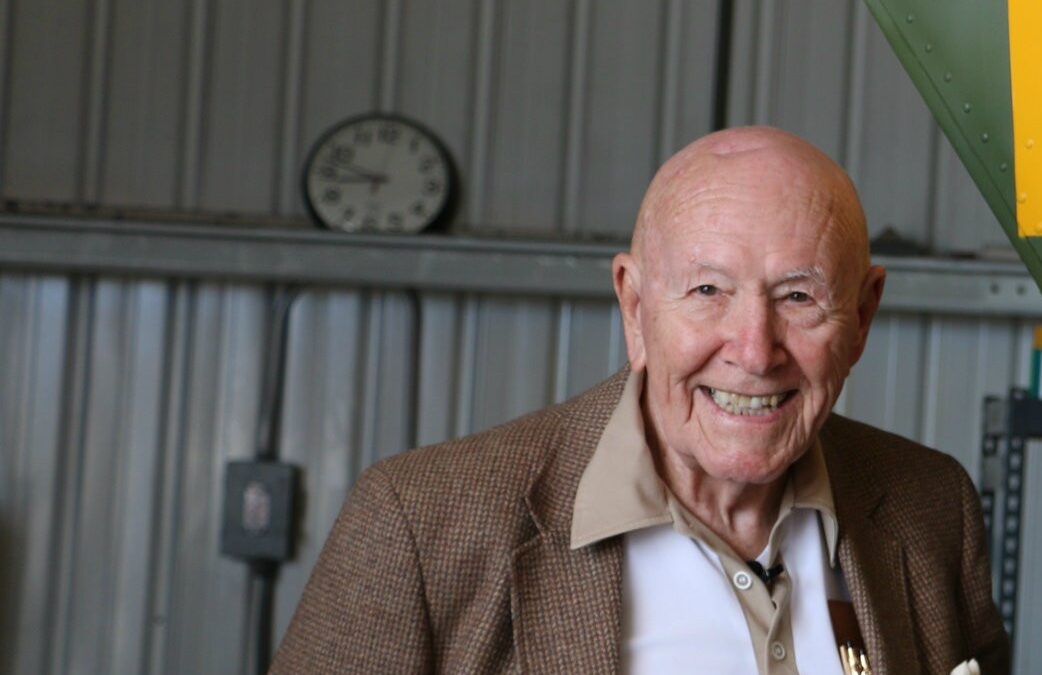 Maj Ferguson served as a dive bomber pilot in the Pacific Theater during World War II, as a medical evacuation pilot during the Korean War and as a co-pilot for Marine One during the Eisenhower Administration. Upon full retirement, he has been a very active volunteer with the Flying Leatherneck Aviation Museum as a popular and inspiring speaker for school groups.

Click here for a pdf copy of the article provided by San Diego Veterans Magazine about Maj Ferguson’s amazing career as well as about the founding of the Irene Ferguson Marine Wife Recognition Award.