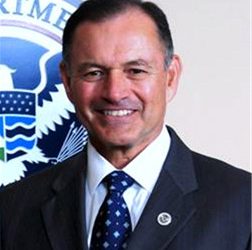 During his 31-year Marine Corps career, Mike held a variety of flying and command billets, accumulating over 4000 hours, primarily as an Attack Helicopter Pilot.

Distinguished muti-decorated veteran of the Gulf War he also is the first person of Mexican descent to reach the rank of General Officer in the United States Marine Corps.