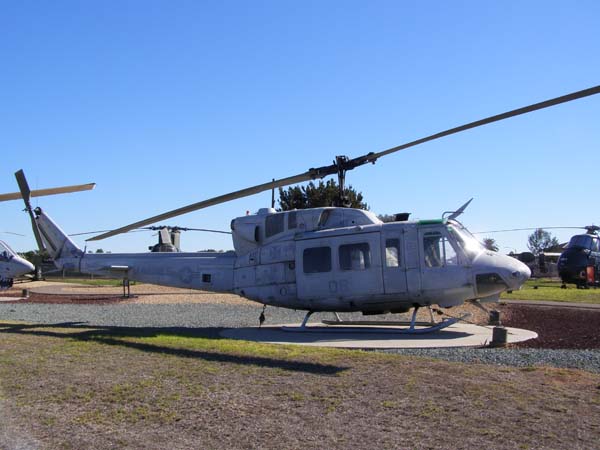 The first member of the prolific Huey family, it was developed by Bell Helicopter to meet a United States Army’s 1952 requirement for a medical evacuation and utility helicopter, and first flew in 1956. The UH-1 was the first turbine-powered helicopter produced for the United States military, more than 16,000 have been built since 1960. The Iroquois was originally designated HU-1, hence the Huey nickname, which has remained in common use, despite the official redesignation to UH-1 in 1962. The UH-1 first saw service in combat operations during the Vietnam War, with around 7,000 helicopters deployed.

In 1962, the United States Marine Corps held a competition to choose an assault support helicopter to replace the Cessna O-1 fixed-wing aircraft and the Kaman OH-43D helicopter. The winner was the UH-1B, which was already in service with the Army. The single engine helicopter was designated the UH-1E and modified to meet Marine requirements. The major changes included the use of all-aluminum construction for corrosion resistance, radios compatible with Marine Corps ground frequencies, a rotor brake for shipboard use to stop the rotor quickly on shutdown and a roof-mounted rescue hoist.

The Vietnam War was the first-time helicopters were used on a large scale. An iconic image of the Vietnam War is that of a whole fleet of UH-1 Iroquois helicopters (or “Hueys”) flying to or from a mission area. This was one of the military’s primary tactics. Helicopters of various types flew in large groups toward a mission area. Gunships were used to supplement fix winged aircraft support to survey the landing zone and eliminate enemy forces nearby. After that, transports came in and delivered American troops. As troops fought on the ground, these helicopters remained to provide ground support or to pick up casualties. Sometimes, jets would also provide close-air support. The UH-1 was the workhorse of American forces and could be used in any of the roles in this strategy. It was the most produced aircraft since World War II and became a symbol of the Vietnam War.

The UH-1N model was based on the stretched-fuselage Bell 205. It was originally developed in 1968 for the Canadian Forces (CF) under the designation CUH-1N Twin Huey. The US military came very close to not procuring the Twin Huey. The purchase of the aircraft for US military use was opposed by the chairman of the House Armed Services Committee at the time, L. Mendel Rivers. Rivers took this position because the aircraft powerplant, the Pratt & Whitney Canada PT6T was produced in Canada. The Canadian government of the time had not supported US involvement in Vietnam, as well as accepting US draft dodgers. Congress only approved the purchase when it was assured that a US source would be found for the PT6T/T400 engines.

Deliveries of the UH-1N to the Marine Corps began in 1971, totaling 211 UH-1Ns and six VH-1N executive transports for Marine Helicopter Squadron One. The USMC retired the UH-1N Iroquois in September 2014 after 43 years of service. Marine Light Attack Helicopter Squadron 773 was the last Marine squadron operating them, with their last deployment occurring in 2013. The UH-1N was replaced by the upgraded UH-1Y Venom; 10 are remanufactured N-model airframes, after which the Marines decided to procure newly built Y-model airframes. The last combat deployment of the UH-1N by the Marines was to Afghanistan in 2010. 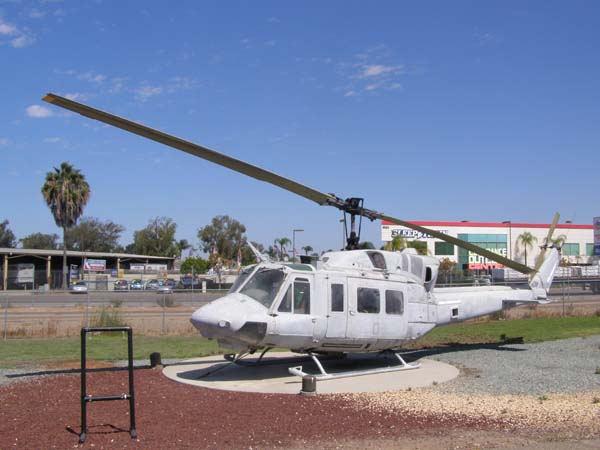