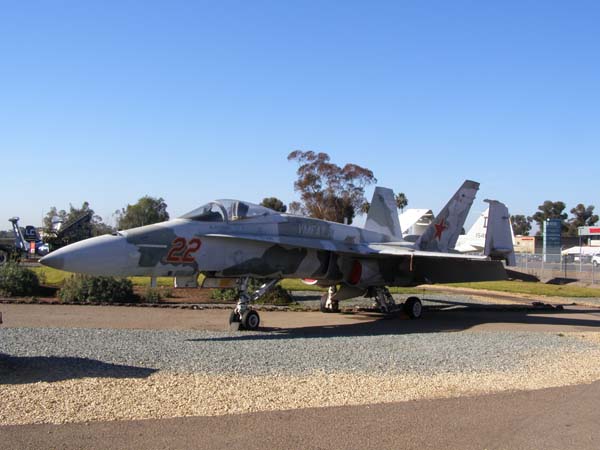 This aircraft bears the paint scheme of Marine Fighter Attack Training Squadron (VMFAT) 101. This unit is currently based at MCAS Miramar. The purpose of this group is to train replacement aircrews (RAC) for the F/A-18 Hornet.

The 44 week training program teaches new pilots how to use the F/A-18 in various combat scenarios. It is broken up into four phases.

Phase 3 is called “Air to Air.” In this phase, students learn how to dogfight in the F/A-18 in basic fighter maneuvers (BFM).
Phase 4 is called “Carrier Qualification.” This is an intense period where pilots practice landing on aircraft carriers. Once they have finished their final tests in this phase, pilots are assigned to fleet squadrons.

This F/A-18A was first delivered in 1987 to Marine Strike Fighter Squadron 314 (VMFA-314) at MCAS El Toro, California. It spent time in the U.S. Navy with the “Rough Raiders” of Strike Fighter Squadron 125 (VFA-125) at NAS Lemoore, CA, before returning to the Marine Corps with the “Grey Ghosts” of VMFA-531 back at MCAS El Toro. ‘152 did another tour with VMFA-314 before moving to MCAS Miramar with VMFAT-101 in 2000. On April 4, 2005 this aircraft was struck from inventory and towed to this museum. It is on loan from the National Naval Aviation Museum in Pensacola, FL. 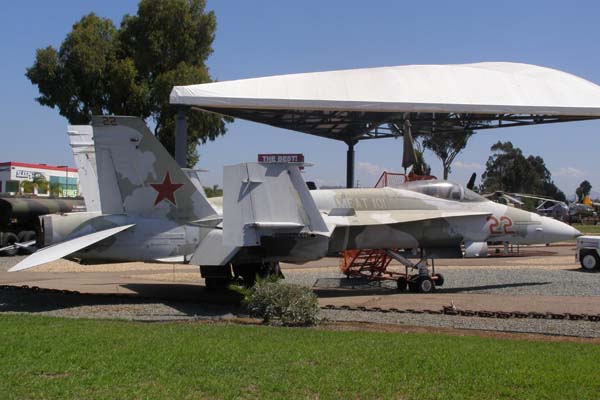