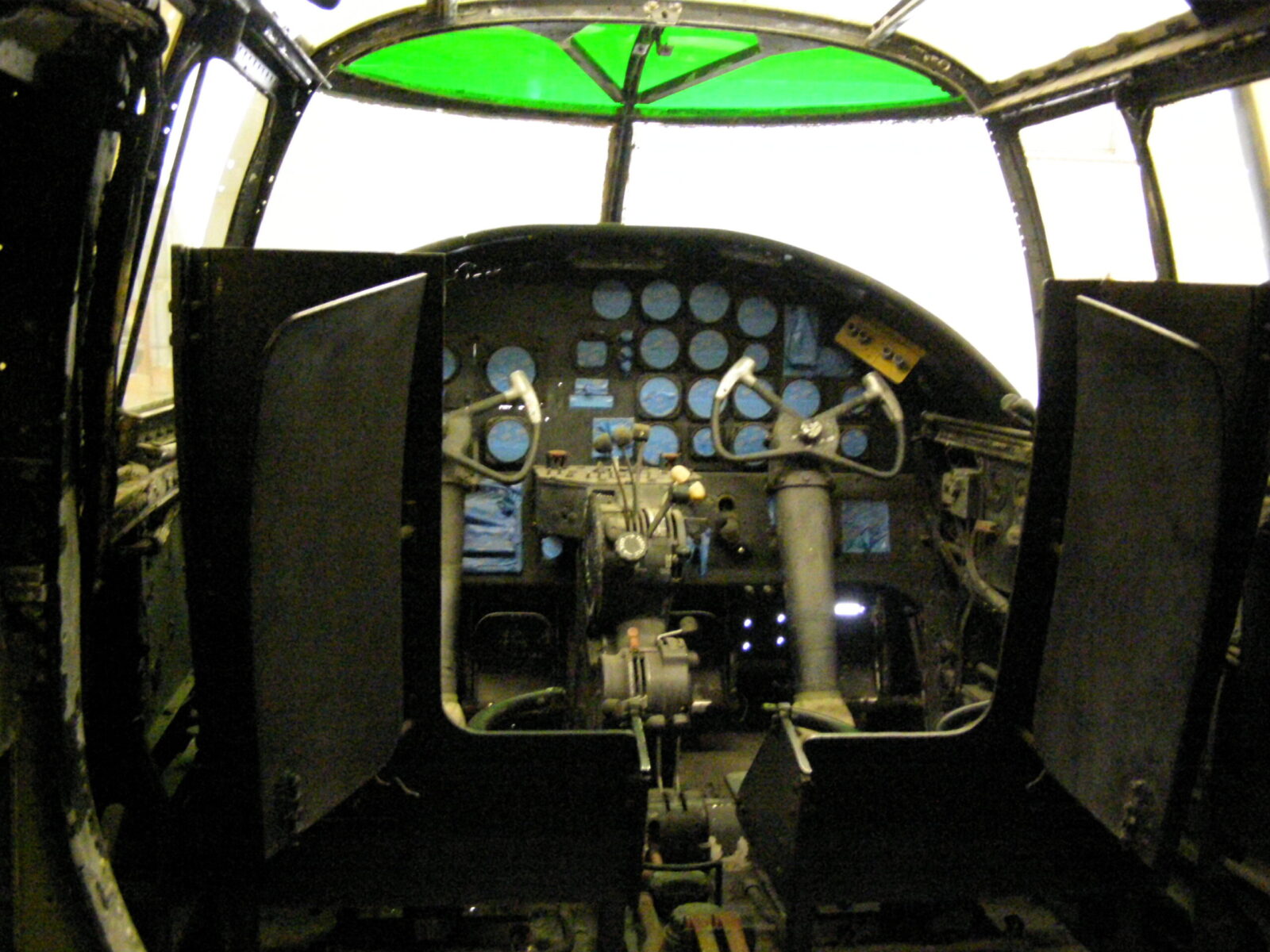 Developed in parallel with the Martin B-26 Marauder, the North American B-25 Mitchell was designed to meet a January 1939 Army Air Corps requirement for a five-place medium bomber. In order to speed deliveries, and with a promising design at hand, the Army Air Corps ordered almost 200 of the aircraft ‘off the drawing board’, without first building and testing a prototype.

By war’s end, nearly 10,000 B-25’s Mitchell’s had been built utilizing two different production lines, one in Kansas and the other in California. All branches of the U.S. military, as well as the air forces of most allies, flew the B-25 during World War II. Numerous variants were built and the airframe could be adapted to almost any mission required by the military.

To fulfill a requirement for an aircraft with longer range and hitting  power than the single- engine aircraft they were currently using, 706 of the twin-engine Mitchell bombers were procured by the Navy for the U.S. Marine Corps and designated PBJs. The Marines trained a total of 16 bombing squadrons (VMBs), all at MCAS Cherry Point, North Carolina. However, only seven Marine squadrons would eventually operate the PBJ in combat. These were VMB-413, VMB-423, VMB 433, VMB-443, VMB-611, VMB-612, and VMB-613. The first squadron to take them into combat was VMB-413, attacking Rabaul in March 1944, while VMB-612 pioneered the use of radar directed night rocket attacks on shipping off Saipan.

One of the more successful field modifications performed on the B 25s were conversions to heavily-armed strafers.

The basic concept for the strafer seems to have originated with B-25 units based in Australia. Medium-altitude bombing attacks against Japanese shipping had not been all that successful, since most of the bombs tended to miss their targets. This was due partly to the fact that medium and high-altitude bombing was subject to inherent errors in accuracy due to uncertain winds and to difficulties in sighting, but also due to the fact that ships could often see the bombs coming their way and had enough time to get out of their path. General Kenney (Chief of Army Air Forces Southwest Pacific) felt that the development of skip-bombing techniques would give a much better chance of success. In skip bombing, the pilot approaches the target ship at a speed of 200 mph and at an altitude no higher than 250 feet off the water. Releasing the bomb at that height or lower caused it to skip off the water and slam into the ship just above the waterline, giving a much better chance of a hit than conventional bombing from
medium altitudes. However, this technique required a low-level straight-on approach against intense anti-aircraft fire from heavily armed ships. It was felt that heavy forward-aimed firepower aboard the attacking aircraft was needed to counter this defensive fire.

The Museum’s PBJ-1J is originally an USAAF B-25J-30-NC Mitchell, aircraft serial number 44-86727. It was accepted by the Army Air Force (AAF) at the North American Aviation plant in Kansas City in June 1945 and sent to the AAF Training Command Advanced Flying School at Mather Army Air Force Base in Sacramento, CA. At the conclusion of World War II it was placed in storage at Independence Army Air Field, Kansas. It was then moved in 1947 to Pyote AAF, Texas to be cocooned for flyable reserve storage. On November 18, 1951 it was transferred to Air Material Command at Brookley AFB in Mobile, Alabama in preparation for transfer to the Royal Canadian Air Force. It was then flown north to Saskatchewan and the 406 Squadron at RCAF Saskatoon. It then served with the No. 1 Advanced Flying School also at RCAF Station Saskatoon followed by the No. 2 Air Observers School at RCAF Station Winnipeg before being placed in inactive reserve at RCAF Lincoln Park, Alberta. In May 1962, it was sold to Woods Body Shop of Lewistown, Montana then spent the next 16 years with various owners around the United States and performed various jobs, including air tanker and meteorological research. In 1978 it became property of the Marine Corps Museum in Quantico, VA. In 1987 it was loaned to the Flying Leatherneck Aviation Museum.